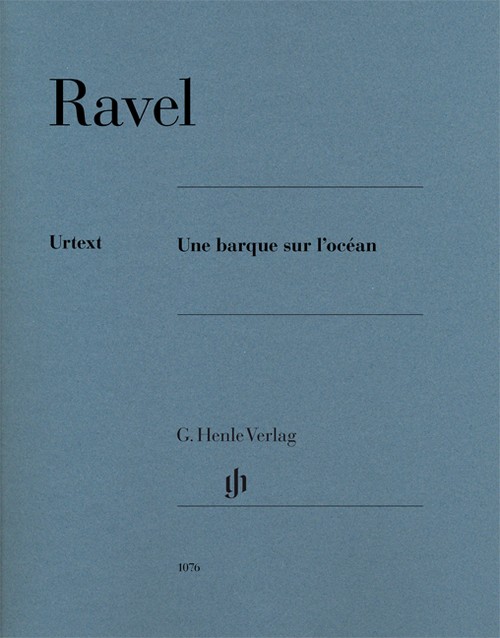 The title of Ravel?s Miroirs (1904/05) can be interpreted as "reflections" of the human world of experiences. Among the nature pictures in this cycle, "Une barque sur l?océan" is particularly popular, forming a pianistic complement to Debussy?s orchestral work "La mer", which was written at about the same time. The spacious arpeggios, with fifths, fourths and seconds hovering above them in subtle rhythms, paint a maritime tableau that is in a genre all of its own: on the one hand we have a stylised picture of a boat at the mercy of the wind and the waves, while on the other hand an allegory of the volatile nature of human life. This is the second, separate edition of a piece from Ravel?s "Miroirs" to be published by G. Henle Publishers, after "Alborado del gracioso" (HN 1295).