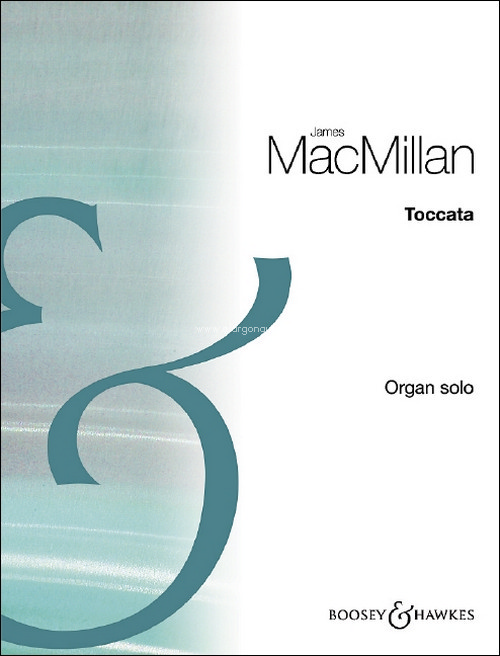 Commissioned by John Scott Whiteley, Organist Emeritus of York Minster, who gave the first performance in July 2019 at Gloucester Cathedral as part of the Three Choirs Festival. Cast in a single, eight-minute span the work is structurally a rondo contrasting toccata sections with dance-style material derived from Scottish reel. A wide range of organ textures and musical moods is employed, making for a piece equally satisfying to performer and audience alike. Although intended for a large instrument the Toccata is not defined by the registrations suggested in the score: the musical argument affords highly effective performance on organs of more modest size. A major addition to the solo organ repertory.