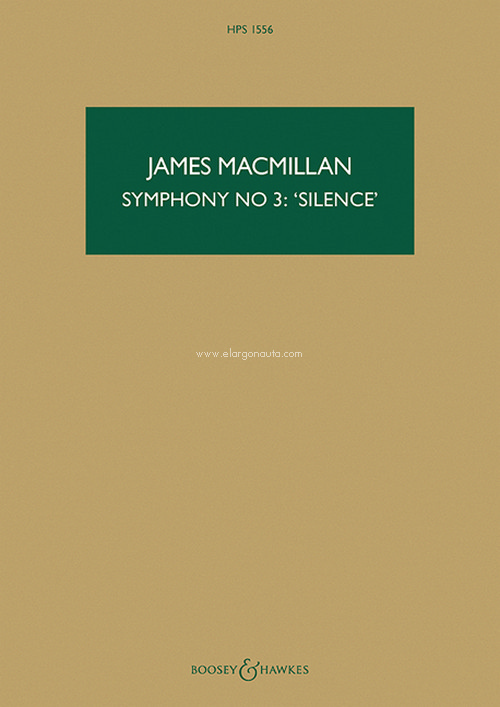 The inspiration for this work came from the novel Silence by the great Japanese writer, Sh?saku End? (1923-96). His book asks profound philosophical questions and resonates with one of the most anguished questions asked 2,000 years ago, "My God, my God, why have you abandoned me?" End??s ?silence? is the silence of God in the face of terrible events springing from the merciless nature of man: torture, genocide, holocaust. For End?, though, this silence is not absence but presence, a notion that has many musical analogies. The emptiness and solitude of a composer?s silence is nevertheless pregnant with the promise of possibility and potency. The connections between music and silence are made palpable in this single-movement symphony; the work begins in silence and the climax is a prolonged fermata. The final event is a bar of silence - the conception and metaphorical point of the entire work.