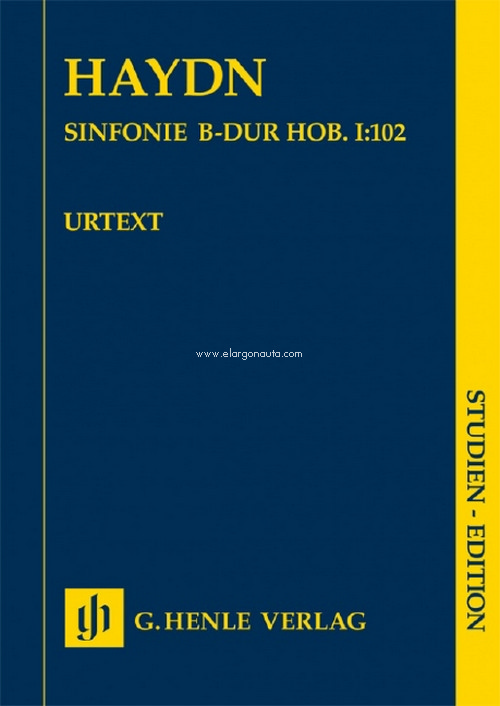 Symphony B flat major Hob. I:102, for orchestra. Study Score

The twelve "London Symphonies" comprise the sublime final statement of Haydn?s symphonic ?uvre. They were written for the London impresario Johann Peter Salomon, and Haydn himself conducted their premieres during his lengthy stays in the English metropolis in 1791/92 and 1794/95. The energetic, surging B-flat-major Symphony no. 102 belongs to the group of the last three symphonies premiered in early 1795. Exceptionally, Haydn here dispenses with the clarinets that are otherwise generally featured in his late symphonies. The instrumentation of the Adagio is also unusual, in that Haydn includes trumpets and timpani, both muted. This study edition adopts the musical text of the Haydn Complete Edition, thereby guaranteeing the highest scholarly quality. An informative preface and a brief Critical Report make the handy score an ideal companion for all current and soon-to-be Haydn fans.