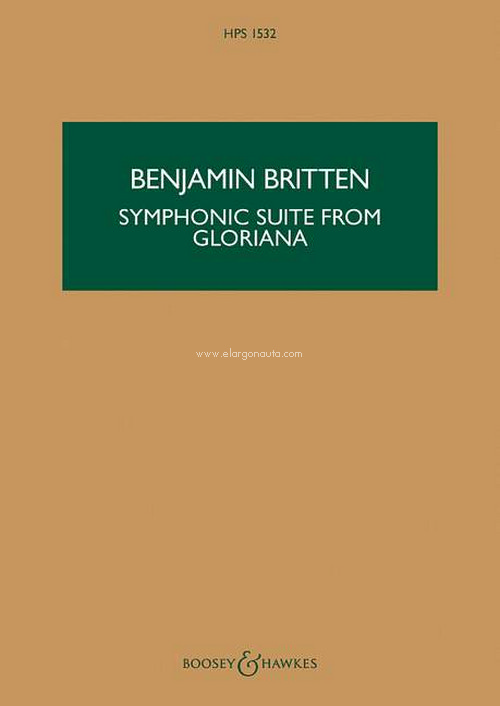 This was one of several concert pieces that Britten extracted from his 1953 coronation opera, a work which has only received its rightful due in recent years. The opera?s dramatic core is the unfolding relationship between Elizabeth I and the Earl of Essex, the Queen torn between her private affection for the Earl and her sense of public duty when he is found guilty of treason and condemned to death. The sound-world has an appropriately ?Elizabethan? atmosphere, the famous Courtly Dances evoking a period flavour without ever lapsing into pastiche. The Suite begins with the bracing Tournament music that opens the opera, followed by the haunting Second Lute Song (?Happy were he could finish forth his fate?), the vigorous Courtly Dances (which may be performed as a separate work), and concludes with the music of the opera?s Epilogue. The Suite could happily sit at either end of a concert programme and is an excellent introduction to one of Britten?s most undeservedly neglected stage works. It is scored for full orchestra; the Second Lute Song, with words by Robert Devereux, second Earl of Essex (1566-1601), may be sung by a solo tenor or played by a solo oboe from the orchestra.