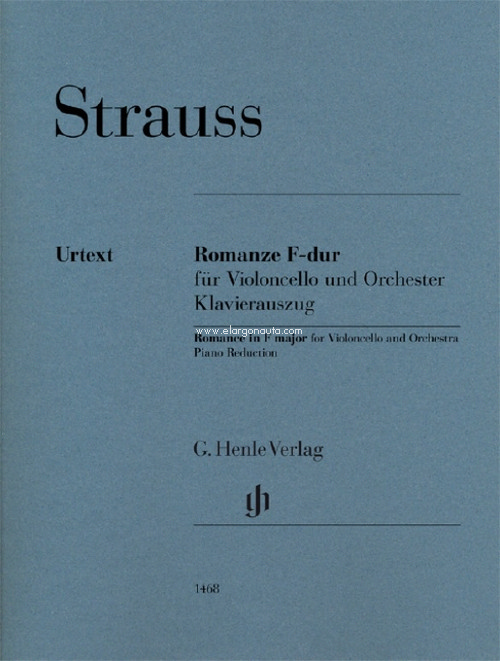 Romance in F major, for Cello and Orchestra. Piano Reduction

Just a few months after completing his Cello Sonata op. 6, Strauss composed another work for this instrument: a Romance for cello and orchestra, which remained unpublished during his lifetime. According to the autograph manuscript, the composition was finished on June 27, 1883, and Strauss also prepared the piano reduction himself. The Romance is regarded as one of Strauss? most mature youthful works, though it was long overshadowed by the cello sonata, despite several quite successful performances given by the then-famous principal cellist of the Munich Court Orchestra, Hanu? Wihan. Only since the posthumous first edition of 1986 has the music world been rediscovering this striking work, which now also appears in a Henle Urtext edition.