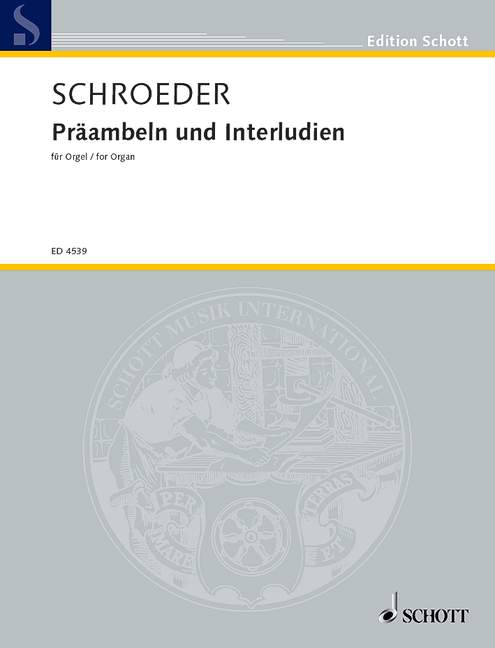 Hermann Schroeder (1904-1984) is one of the major German organ composers of the 20th century. He studied with Heinrich Lemacher and Walter Braunfels and became professor of composition and music theory at the Academy of Music in Cologne. From the end of the 1920s he made an important contribution to the new stylistic developments in organ music which was given a fresh impetus after the death of Max Reger (1916) by composers such as Hindemith, David, Fortner or Schroeder. His smaller-scale compositions in particular, such as the "Preambles and Interludes" (1954) or the "Little Preludes and Intermezzos" (1932, ED 2221) point towards new directions: The limitation to the small form has evidently been helpful in the process of breaking away from Romanticism; clarity and formal precision take the place of monumental grandeur of form. Suitable for concert or liturgical performance.