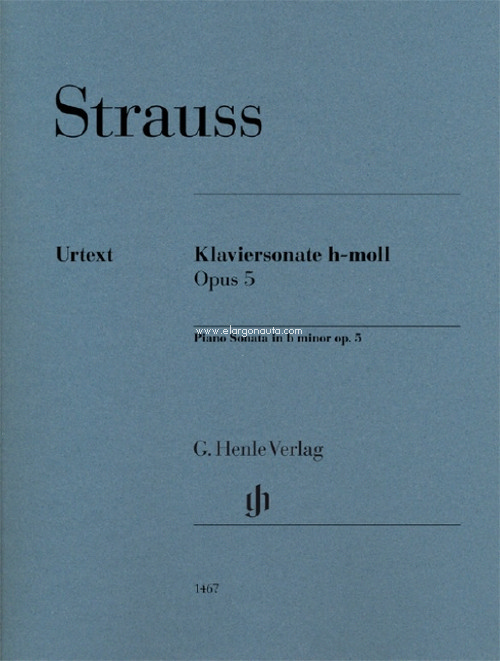 Piano Sonata in b minor op. 5

During his youth, Richard Strauss composed a large number of works for piano solo, among them numerous sonatas. Yet it was only the Sonata in b-minor that he obviously considered important enough to want to see in print. It was composed in two versions, presumably between winter of 1880 and spring of 1881, and published one year later. Here, Strauss still plainly follows his compositional forebears from German Romanticism. The two middle movements of this demanding sonata in particular directly recall Mendelssohn?s "Songs Without Words" and scherzi. This is the first Urtext edition of this piano sonata.