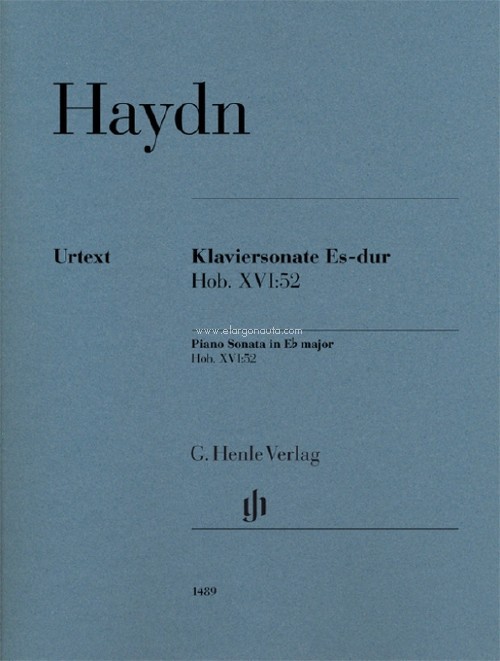 Among Haydn?s piano sonatas, the great Sonata in E-flat-major is particularly popular. It was composed in 1794 during Haydn?s second stay in London where he became acquainted with the new English fortepiano and its fuller sound, pedals, and larger range. These new sound possibilities may have inspired the composer to write a noticeably fuller, chordal texture in the first two movements. Closely linked to G. Henle Publishers through numerous collaborative projects on Bach and Mozart, András Schiff was engaged to provide fingerings for this exceptional work in Urtext.