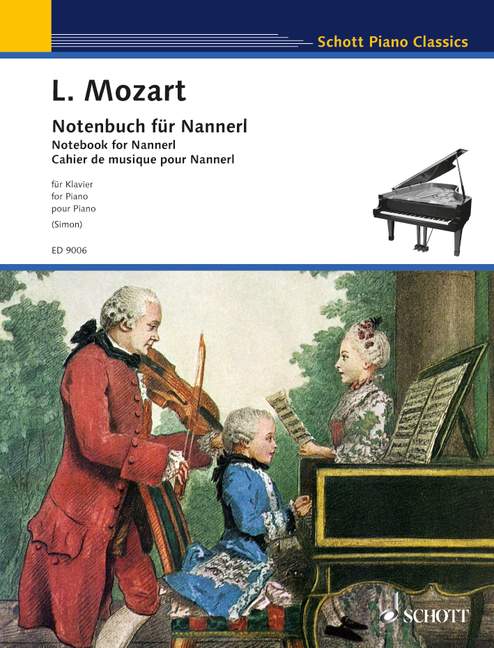 In 1759 Leopold Mozart compiled a notebook as a present for his daughter Maria Anna (usually called ?Nannerl?), it was intended as a series of instructive exercises and practice pieces. The notebook though wasn't used solely by Nannerl but also by her younger brother Wolfgang, and the talented boy didn't just use it for piano practice but soon started to compose his own little pieces. Either Wolfgang himself or his father wrote them into the remaining empty pages of the notebook. This new edition contains only compositions by Leopold and Wolfgang Mozart. It is a companion volume to ?The Young Mozart? by H. Schüngeler, which contains the first and easiest compositions by Wolfgang (ED 9008). A classic of the piano teaching literature, now available in the new Schott Piano Classics series.