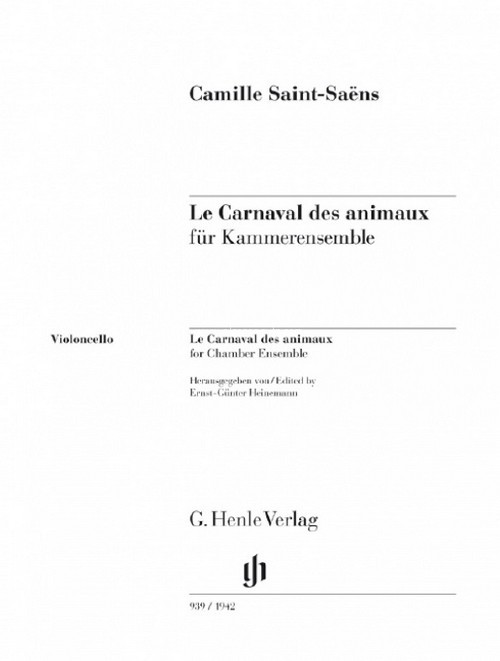 Written in March 1886 as a humorous occasional work for the traditional carnival concert organized by his cellist friend Charles-Joseph Lebouc, the Carnival of the Animals was so successful that Saint-Saëns banned performances and publication soon afterwards. He was worried that this "grand zoological fantasy" - consisting of 14 short individual pieces for eleven instruments - might overshadow his serious works. Yet only five months after the composer?s death, it appeared in print after all, beginning its worldwide victory march - in its original setting as well as in numerous arrangements. Thus, the Carnival did in fact arguably become the most popular work by this French composer and, owing to its musical originality, it is also a favourite in music lessons or for school orchestra performances. With this combination of a study edition and an edition in parts (for which additional parts for larger numbers of strings may ordered), G. Henle Publishers now presents the perfect resource for such occasions.