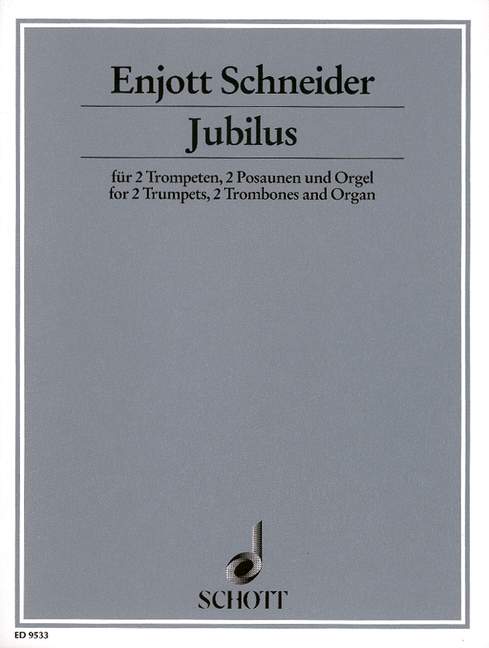 The Munich film composer and professor of composition Enjott Schneider (*1950) has had a special relationship with the organ ever since his time as a student of church music in Regensburg. The toccata "Brother of Sleep" (ED 8525) (from the film of the same name by J. Vilsmaier) is one of his best-known organ works. His new work for organ and brass, suitable for concert or liturgical performance, is described thus by the composer: "Jubilus consists of variations on an archaic form of melismatic melodic writing without words. It was used from ancient times in synagogue chants, and examples of the "Alleluia" have survived from the early Christian Gregorian tradition. The underlying mood is positive, full of joy and confidence in the visible world and the invisible, too". This composition begins with the Gregorian "Jubilus" from Milan, which appears as a motto at the head of the music and may be sung as an introduction.