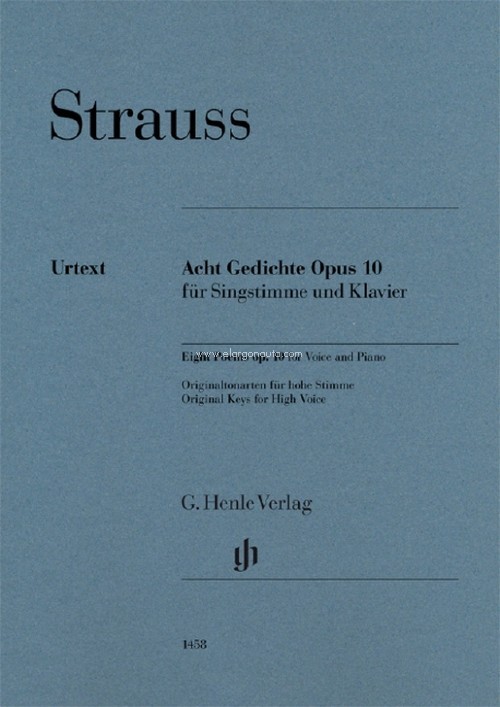 Written in 1885, the eight songs after texts by the now little-known poet Hermann von Gilm have a special place in Richard Strauss? corpus of Lieder. For the first time, he composed an entire set of songs on texts by a single poet, collecting them into one opus that was also to appear in print. Some of the numbers in it, like "Zueignung," "Die Nacht," and "Allerseelen," are among the most popular Strauss songs of all time, but the entire cycle with its well-planned structure is also worthy of closer examination and performance. The aspiring composer quite consciously aligns himself with the tradition ranging from Schubert to Wolf, choosing the highly Romantic subject of unrequited love and illuminating its most diverse facets. The primary source for the Henle Urtext edition is the first edition from 1887, which Strauss furnished with a dedication to the Royal Bavarian chamber singer Heinrich Vogl - a serious invitation to today?s male singers not to leave these wonderful Strauss songs solely to female singers!