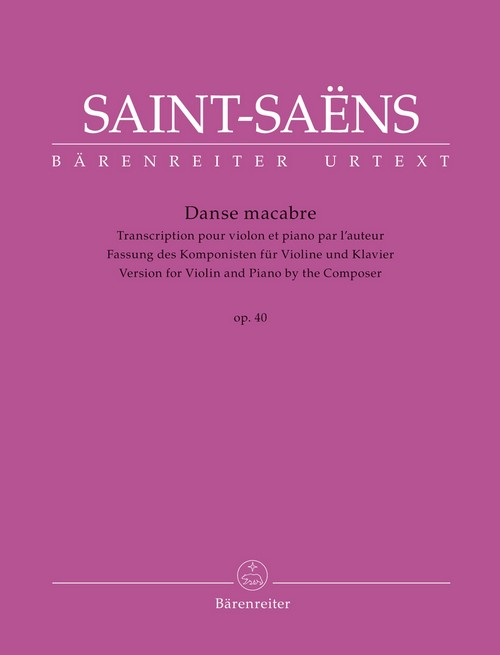 Danse macabre op. 40: Transcription for Violin and Piano by the Composer

In his symphonic poem  Danse macabre Saint-Saëns takes up a poem by Henri Cazalis that he had already set as an art song. Here the Devil brings the dead to life by playing his violin. Although the orchestral work was given alukewarm reception in its early performances, or was even rejected, it became highly popular and internationally famous in the years that followed. Of the countless later arrangements and variations (e.g. by Franz Liszt),Saint-Saëns' own version for violin and piano stands out as particularly successful.
Céline Drèze's advance edition for a future volume of the  Saint-Saëns Complete Edition of the Instrumental Works is the first modernscholarly edition of this celebrated piece. This Urtext edition draws on the original print of the 1877 version, while eliminating its many misprints and anomalies on the basis of the autograph.