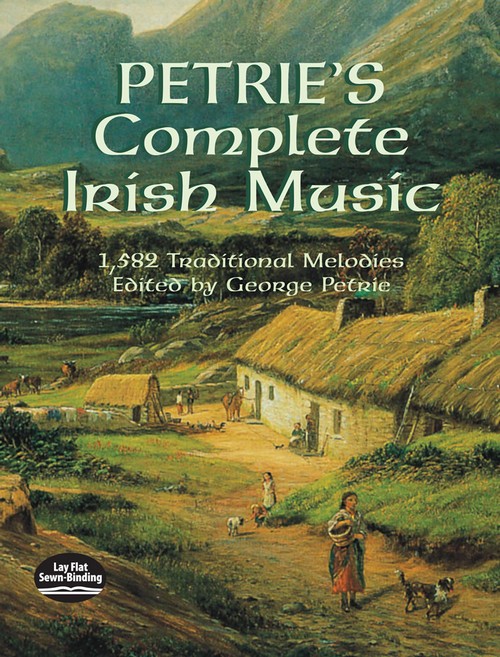 Edward Bunting fell into his destiny when, at the age of 19, he was commissioned to write down the tunes performed at a gathering of traditional harp players in Belfast in July 1792. This innocent beginning signaled the start of a 100-year process of enormous importance: the preservation of a country's music, which otherwise might be lost forever. In time, Bunting passed the torch to apprentice George Petrie who, in turn, became instrumental in founding the Society for the Preservation and Publication of the Melodies of Ireland, which published Petrie's first collection in 1855. Finally, it was Petrie's daughter who entrusted the much-honored Sir Charles Stanford with three boundvolumes of her father's work, leading to the ultimate compilation, published in 1905, of 1,582 traditional melodies - the musical wealth of a nation.

Reprint of the three-volume The Complete Collection of Irish Music as Noted by George Petrie from the Original Manuscripts, Irish Literary Society of London, 1902-1905.