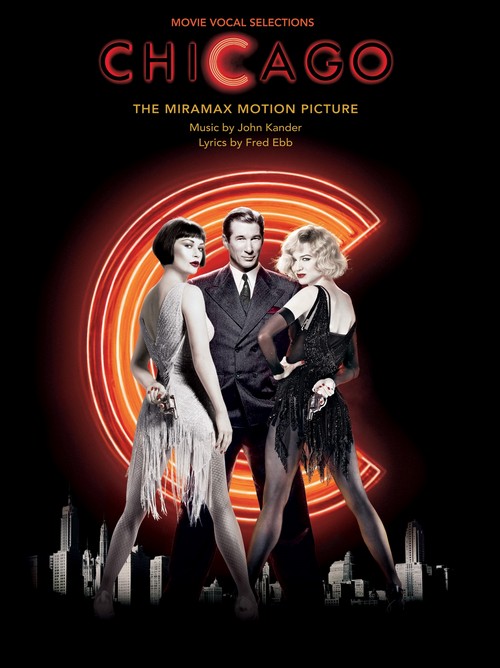 If you can't be famous, be infamous Thirteen songs from the 2002 big-screen version of the classic Broadway musical. The movie adaptation of Chicago , released in 2002, won six Academy Awards, including Best Picture. The film, starring Renee Zellweger, Catherine Zeta-Jones and Richard Gere, is about celebrity and money in Jazz age 1920s Chicago. These fabulous vocal selections from the movie, arranged for Piano, Voice and Guitar, include the famous opening number All That Jazz . Also includes glossy stills from the film and information about both film and stage productions.