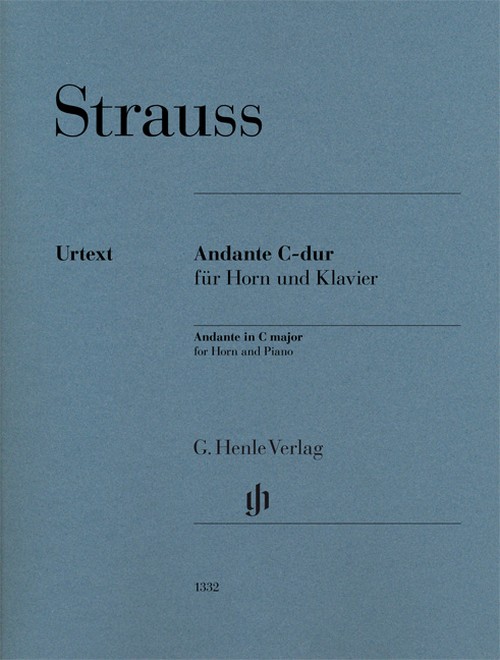 In the summer of 1888, while also working on his tone poem Don Juan, Richard Strauss composed this brief Andante for his father, Franz Strauss, a member of the Munich Court Opera and one of the greatest horn players of his age. The Andante was intended as the slow movement "of a still unfinished" sonata that Strauss, however, never did complete (to the chagrin of all horn players). The piece thus remained unpublished until 1973. For the new Urtext edition by G. Henle Publishers, the original autograph manuscript held at the Munich Public Library was able to be examined directly. The Andante is of only moderate difficulty and is ideally suited for teaching purposes and as an effective Romantic performance piece.