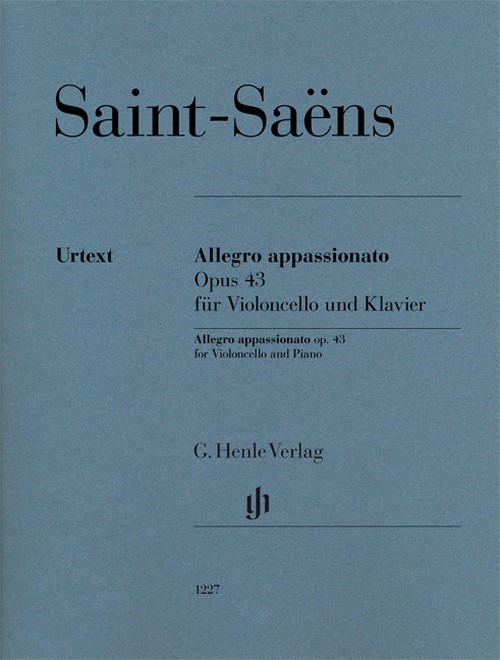 With marked and unmarked string part

At the beginning of the 1870s, Saint-Saëns displayed a particular partiality for the violoncello. He composed his first cello sonata in December 1872, immediately after having completed the first cello concerto. It was presumably directly after this that he wrote the "Allegro appassionato" for Cello and Piano op. 43 that also appeared in a version for orchestra three years later. We do not know why he wrote the work, but it is likely that after having written two weighty works for cello, Saint-Saëns wanted to write something "easier" that was also suitable as an encore. David Geringas kindly provided the fingering and bowing for the brilliant cello part.