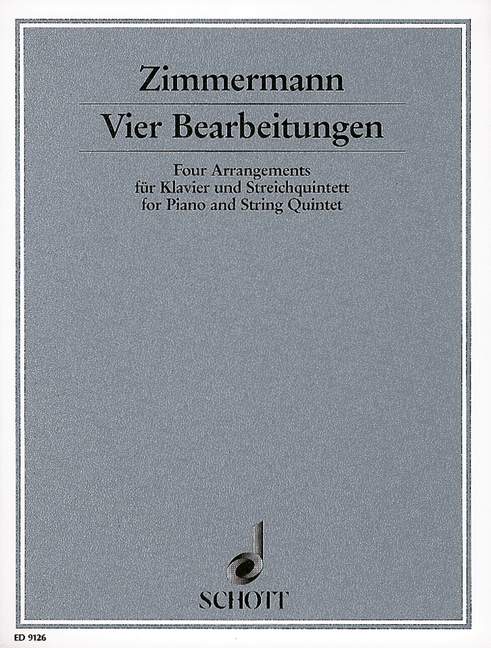 Until his appointment as composition teacher at the Musikhochschule ofCologne in 1957, Bernd Alois Zimmermann earned his living chieﬂy byarranging works of other composers for the radio. Vier Bearbeitungen (FourArrangements) for the Ellegiers Sextet was written at the WDR in Cologne at that time. Zimmermann held the concertmaster Ellegiers in high esteem because of his profound musicality and arranged about twenty pieces for his ensemble between 1949 and 1952. The three Schubert arrangements?Sehnsuchtswalzer?, ?Ländler? and ?Moments musicaux?, as well as ?Träumerei? from Kinderszenen Op. 15 by Robert Schumann show very clearly how popular these works were in the radio programme of the broad-casting station.