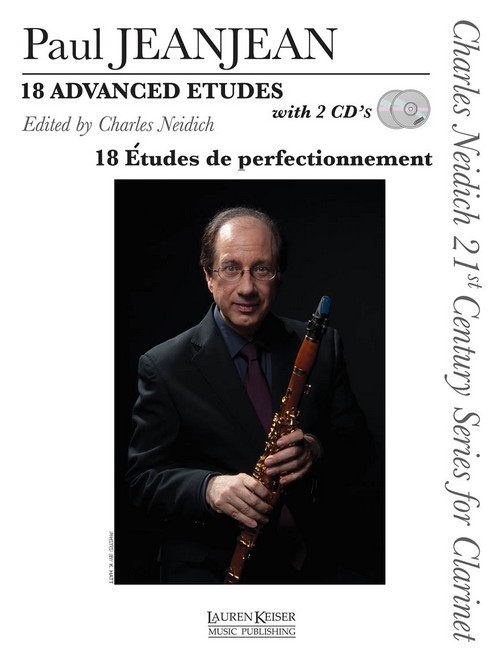 18 Advanced Etudes, for Clarinet, with 2 CDs

Paul Jeanjean was the principal clarinetist of the Garde Républicaine Band and later of the MonteCarlo opera and was, obviously, a musician of the greatest sensibility. His etudes are highly developed concert works that can make for very impressive additions to recital programs.

Jeanjean provided wonderfully detailed directions for his etudes. Charles Neidich has, by and large, left what he was written and have only brought Jeanjean's notation more into accord with modern conventions; e.g. that accidentals within a mesure generally do not transpose octaves. This edition's notes at the bottom of each page explain the various modern chords and scales (augmented chords, 9th chords, whole tone scales for instance) he used in each of his etudes.