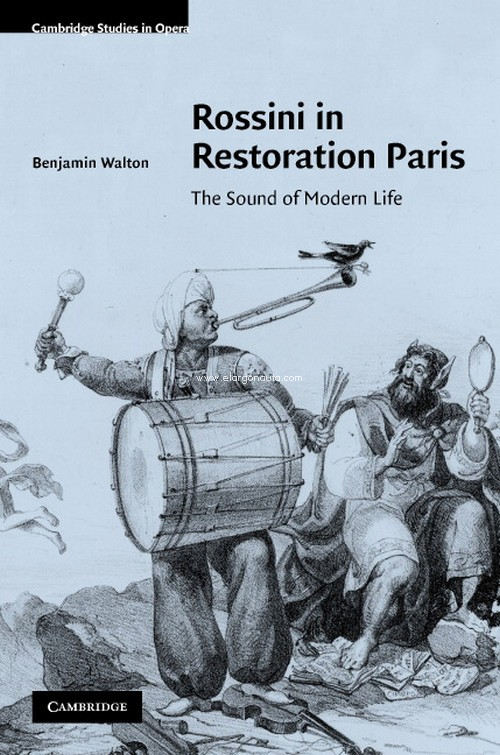 Rossini in Restoration Paris. The Sound of Modern Life

Best remembered today for such light-hearted works as Il barbiere di Siviglia, Gioachino Rossini produced a sequence of large-scale serious French operas after his move to Paris in 1824 which overwhelmed audiences with their musical power, and responded to the French Restoration. Rather than presenting a traditional account of Rossini?s life and works, Benjamin Walton traces instead the shifting patterns of Rossinian criticism from before the composer?s arrival in Paris to the end of the 1820s, outlining a type of musical history that uses immersion in a narrow time period as a way to reconceive the relationships between opera and the wider currents of life outside the opera house. In place of the comic Rossini of later memory, this book argues for a composer whose music resonated with the experience of contemporary life, and was integrally bound up in the struggle to define French romanticism at the time.

- Each chapter considers events from a single year in the 1820s, allowing the reader to trace the development of French music criticism
- Includes extracts from some rare musical works, and provides notated support for the written arguments
- Provides the reader with information about archival and primary sources vital for further research