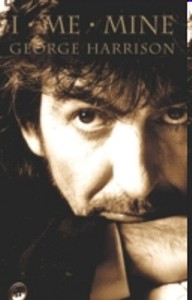 In conversation with lifelong friend and confidant, Derek Taylor, (George's first-person text is interlarded with Derek's fascinating observations and explanations) George describes his upbringing, his first forays with the band, the hard life on the road before they began to make money, the extraordinary phenomenon of Beatlemania and what it was like to be trapped in the middle of it, his spiritual reawakening in India, his love of fast cars and his passion for gardening. There are 50 archival photographs from his own albums and the lyrics to over 80 of his songs, many in his own hand, accompanied by his uniquely intimate and humorous commentary. Originally published as a limited edition priced at 250 in 1980 and brimming with the wit, warmth and grace that characterised his lyrics and his life, "I, Me, Mine" is a treasured portrait of George Harrison and his music.