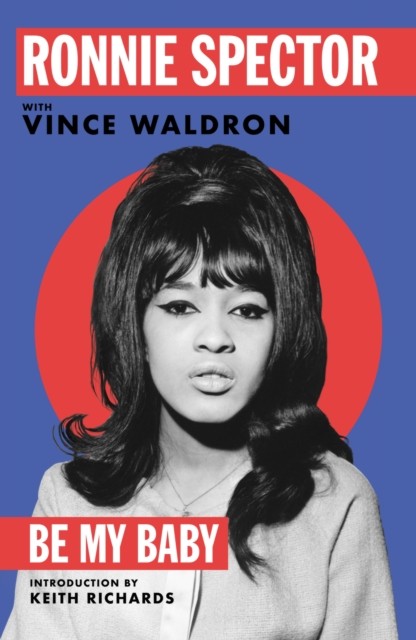 Hailed by Rolling Stone magazine as one of the greatest rock memoirs of all time, "Be My Baby" is the true story of how Rock & Roll Hall of Famer Ronnie Spector carved out a space for herself against tremendous odds amid the chaos of the 1960s music scene and beyond. With an introduction by Keith Richards and a new postscript from Ronnie Spector. Ronnie Spector's first collaboration with producer Phil Spector, "Be My Baby", stunned the world and shot girl group The Ronettes to stardom.

No one could sing as clearly, as emotively as Ronnie. But her voice was soon drowned out in Phil Spector's Wall of Sound, and lost in Ronnie and Phil's ensuing romance and marriage. Ronnie had to fight tooth and nail to wrest back control of her life, her music and her legacy.

And while she regained her footing, Ronnie found herself recording with Stevie Van Zandt, partying with David Bowie and touring with Bruce Springsteen. Smart, humorous and self-possessed, "Be My Baby" is a whirlwind account of the twists and turns in the life of an artist. More than anything, Be My Baby is a testament to the fact that it is possible to stand up to a powerful abuser and start on a second - or third, or fifth - act.