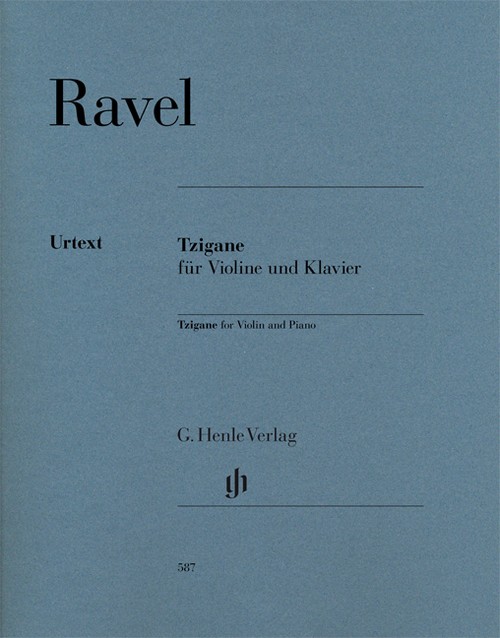 with marked and unmarked string part

"Virtuoso piece in the style of a Hungarian rhapsody" - thus reads Ravel?s entry on "Tzigane" in the so-called "Autobiographical Sketch". Composed in 1924, there are three versions of this work: with piano, with orchestra and with luthéal, a device for keyboard instruments to extend the timbre. "Tzigane" was inspired by the Hungarian-English violinist Jelly d?Aranyi, to whom Ravel had already promised a virtuoso piece in 1922 following Franz Liszt?s "Hungarian Rhapsodies". Work progressed slowly and d?Aranyi only received the music four days before the première - but she still gave a brilliant performance.