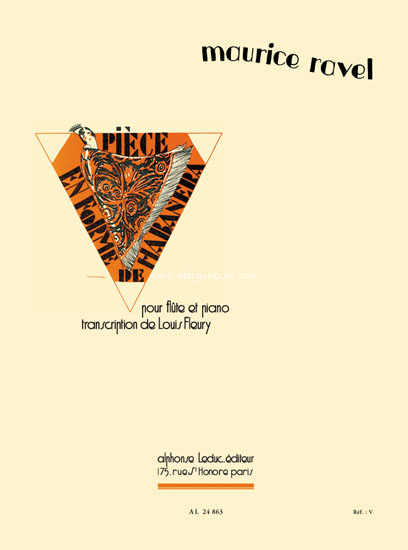 Initially composed in 1907 for Bass Voice and Piano, Habanera by Maurice Ravel was transcribed for Flute and Piano for this edition. Based on a Cuban Contradanza, it features a special habanera rhythm and is generally performed with sung lyrics. In this edition, the Flute is a substitute for the voice. While composing this piece, Maurice Ravel was also working on two works also with Spanish influence: 'The Spanish Rhapsody' and 'The Spanish Hour'. This edition, which can be used for recitals and exams, will enlighten Flute players. Maurice Ravel (1875-1937) is a French composer famous for his Impressionist contributions. He wrote numerous pieces, including 'Daphnis and Chloé'and the famous 'Bollero'.