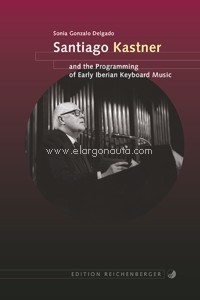 Santiago Kastner and the Programming of Early Iberian Keyboard Music

This book examines Santiago Kastner?s paramount role in applying musicology to performance from the 1930s to the 1980s. A British-born cosmopolitan man coming from a remarkable musical background ?his family owned a pianola business?, his European tours as keyboard player during the 1930s and his activity as music critic in Lisbon during the early 1940s enabled Kastner to build an exceptional network that granted him appointments in Portuguese and Spanish institutions. From this position, Kastner was a scholar performer who painstakingly uncovered sixteenth- to eighteenth-century Iberian repertoire by means of its study, edition and interpretation. His impressive output, including music editions, academic literature, concert programmes and recordings, and his extensive collection of marked scores engages this research with the methodological framework of performance studies. Considering historical performance as an invention triggered by musicology and thus a product of contemporary musical performance, three case studies, focused on Seixas, Soler and Cabezón, delve into Santiago Kastner?s approach to the repertoire, into his pioneering attitude in the way that he applied musicological research to concert practice and into his impact in creating a performing tradition.

1. Karl Macarius Santiago Kastner (1908-1992)
A musical background
Arrival at the Iberian Peninsula
Converting to Catholicism
Assuming Wanda Landowska?s and Joaquín Nin?s legacies
From Barcelona to Lisbon
A place to settle
Touring Europe in the 1930s

3. Achievements of a lifetime of research
Os Menestréis de Lisboa and historical performance
Late publications and appointments: the reception of Santiago Kastner?s legacy

Conclusion: the internationalization of Iberian repertoires