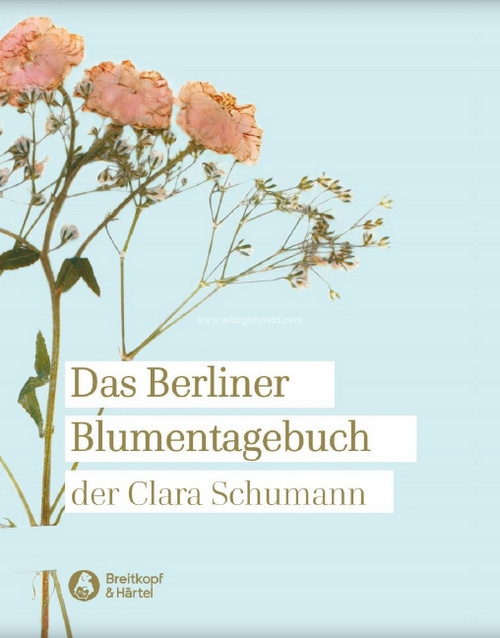 Flowers played an important role in the lives of people of the 19th century - picking them, binding them to wreaths, giving them as messages of friendship and love, using them to ornament a room or clothing, belonged to the forms of general sociability. It is within this context that Clara Schumann?s flower diaries can be viewed: The first of the series was created in 1854, the year of Robert Schumann?s admission to the Endenich mental institution, and was intended to share her inner and outer life with the initially personally unavailable invalid. In 1857, the meanwhile nearly 40-year-old Clara Schumann began her last flower diary, barely a year and a half after her husband?s death. It reflects the travel stops of the pianist who was by now increasingly concertizing throughout central Europe and England, as well as her relationships with close friends, including especially the young Johannes Brahms who had presented her with the little volume expressly for her collections and annotations. The facsimiled diary pages of the exemplar preserved in the Staatsbibliothek Berlin are supplemented by biographical and botanical comments.